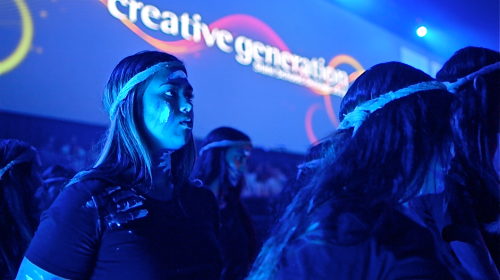 Description:
One year after filming ‘Our Spirit to CGEN’ we follow two new students on one of the most exciting challenges in their young lives. Trained by Australia’s finest dancers from the Bangarra Dance Theatre they will create a dance based on a story from their elders. The journey will culminate with them performing for thousands live on stage and a national television audience as part of the Creative Generation – State Schools Onstage spectacular or CGEN. This dance at it’s heart represents rekindling and reconnection with their culture, their community and their people.

Watch:
One Mob to CGEN on SBS