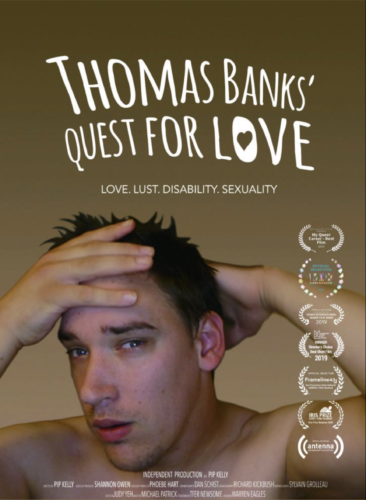 Description:
Thomas Banks is a young, gay playwright with cerebral palsy who is on a quest to find true love; he writes a play about falling in love and teaches people that everyone has a right to true love, no matter who they are.